Always impeccably put together in public, she died alone in a foot of garbage, surrounded by filth 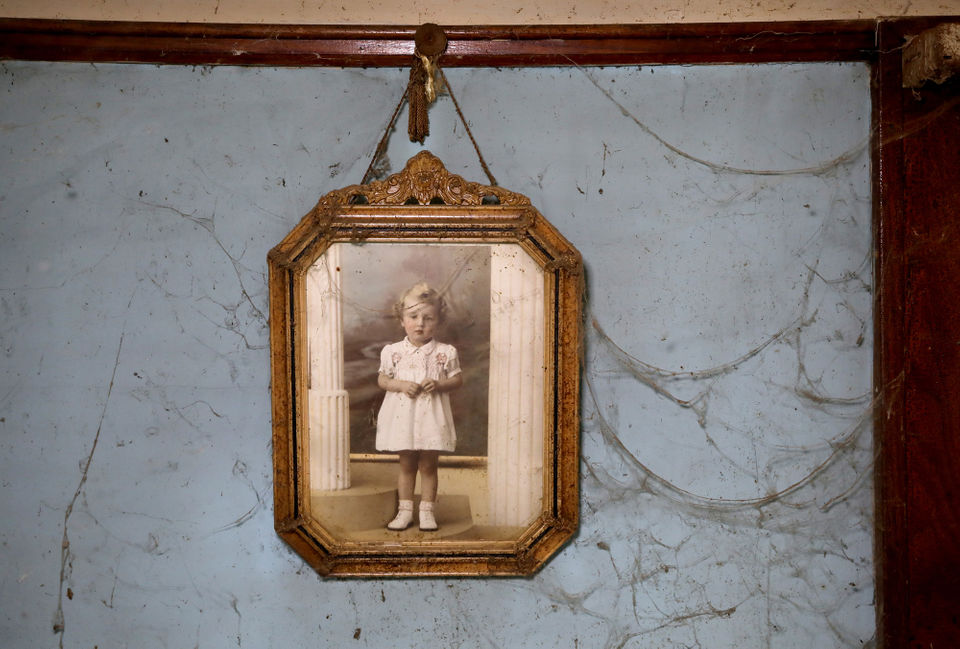 Always impeccably put together in public, she died alone in a foot of garbage, surrounded by filth

By Tresa Baldas, Detroit Free Press
DETROIT — At first glance, she thought it was a Halloween prank.

The puffy corpse slumped over the chair had no eyes, nose or mouth _ just hair on a skull, and bones sticking out from under a red sweater and plaid pants.

“How sick,” Linda Kajma said to herself before venturing through the rest of the house in search of her cousin, who had gone missing.

Eric Seals/Detroit Free Press/TNS
Surrounded by cobwebs from years of not being cleaned, a photo of Sally Honeycheck, taken back in the 1930s, has hung on the walls for decades in the house she shared with her sister Lorraine Honeycheck in Detroit.

It was Thanksgiving weekend and 80-year-old Sally Honeycheck, who for decades lived in a run-down Detroit neighborhood near the Polish Yacht Club, wasn’t answering her phone. So Kajma went looking for her, only to discover that her eccentric cousin had been secretly leading a hellish existence, surrounded by filth, rats, feces and mountains of clutter. In the end, it swallowed her whole.

The horrifying figure that Kajma saw in the chair was her cousin.

Honeycheck, an avid Avon makeup collector who had her hair done weekly and dressed impeccably for church functions, had died alone in the filth of her kitchen, sitting in a nylon blue lawn chair under a picture of the Last Supper. She was surrounded by garbage a foot deep — empty sardine cans, stacks of greeting cards, take-out bags, burned-out appliances and dirt-stained walls.

She had been eaten by her dog and by rats.

In the next room was Honeycheck’s deceased Rottweiler, Jack, another victim of the house that had no heat, rat-chewed mattresses, squidlike fungi growing out of the walls and dirt-crusted floorboards that sagged so much that Kajma fell through the kitchen floor.

For nearly seven decades, this is where the Honeycheck sisters lived quietly together, planting flowers and lilac bushes, collecting baseball memorabilia and ordering clothes, makeup and jewelry by the box-loads. The century-old house with six stained glass windows in Detroit’s Poletown neighborhood was their sanctuary. Their parents bought the two-story, 1,700-square foot home in 1951, raised their children there and never left _ not during the 1967 riot or after, when the neighborhood emptied out and most white folks moved to the suburbs.

The Honeychecks stayed. And somewhere along the way, in their golden years, something happened to the sisters, something that slipped past relatives and friends. 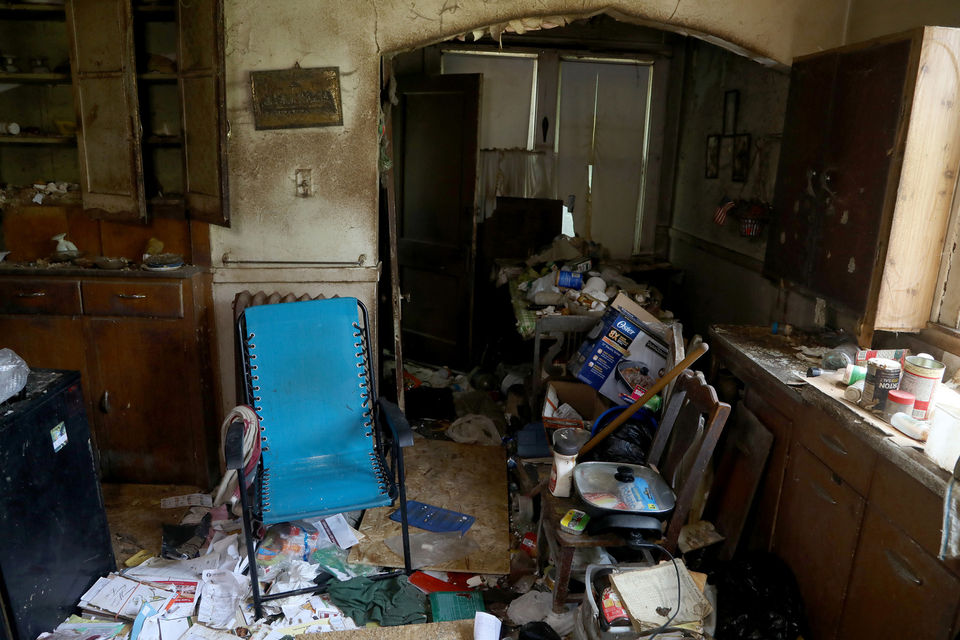 In the kitchen, the blue lawn chair that Sally Honeycheck used as a bed is also where she was found dead and partially eaten by her dog sometime in late November of 2018. Sally and her sister Lorraine Honeycheck sisters shared this home for decades and lived in filth and squalor.

In that house, they closed the blinds and shut the doors.

They ordered takeout and had groceries delivered

No one stepped foot through the door: Not family. Not the boy who used to deliver their food. Not friends who gave them rides.

The Honeycheck sisters slowly slipped into an abyss of hoarding and squalor.

Nobody noticed, until it was too late.

“No one should have to live like this. No one should die like this,” Kajma said while poring through the clutter one Sunday afternoon in a hazmat suit, banging on the walls with a crowbar to scare the rats away. “We suspected that they were hoarders. But I never imagined the degree of hoarding. It’s unfathomable.”

From the curb, however, all seemed fine. The house and porch were painted. The lawn was mowed. The bushes were trimmed. And when they left the house, the Honeycheck sisters were always put together.

In a photo snapped at a church fundraiser one month before she died, Honeycheck is seen in a well-coiffed hairdo, lipstick, earrings and a long gold necklace draping her navy top. She’s clutching a $10 bill to buy a 50-50 raffle ticket to support St. Josephat Catholic Church, a historic landmark in Detroit.

“I know it’s an illness,” said Kajma, 68, of Troy. “But if you met them on the street you’d never, ever know. If you looked at the outside of the house … you’d never know that this nightmare was in here.”

For 19 days no one heard from her

Honeycheck died sometime between Nov. 12 — the day she checked herself out of a hospital — and Dec. 1, the day her body was discovered.

For 19 days, no one reported seeing her or hearing from her. It wasn’t until Thanksgiving Day that Kajma noticed something might be wrong.

The last time Kajma had spoken to Honeycheck was the first week of November 2018. She had called Honeycheck to thank her second cousin for mailing her two holy cards and two relics of Father Solanus Casey, and to tell her how her mother was doing. Kajma’s mother was ill at the time, and Honeycheck had mailed the “Blessed Solanus” holy cards to her for encouragement.

This was typical of Honeycheck, a devout Catholic and parishioner at Saint Hyacinth. Her home was adorned with pictures and sculptures of the Virgin Mary and Jesus Christ — their dusty faces hanging on faded turquoise walls amidst sheets of cobwebs and antique furniture buried beneath boxes.

Kajma talked to Honeycheck about once a month, saw her at church festivals and funerals and called her on holidays.

The past Thanksgiving, however, Honeycheck didn’t answer her phone when Kajma rang. Kajma phoned her through the holiday weekend, but still no answer. Worried, Kajma called Detroit police on Monday, Nov. 26, and asked them to check.

“I knew something was wrong. The cops went out and called me and said, ‘There’s no answer,'” Kajma said, noting police “knew they had a dog and the dog wasn’t barking.”

Contact us NOW so we can arrange the Care Call